I’d like to think of myself as anything but bland. And my food sticks to the same mantra right? I mean, you guys have had my food – you’d agree right? It’s always layered with fresh herbs, quality ingredients and different things that are going to make you smile! Today I’m taking the traditional club sandwich and giving it a MAJOR FACELIFT! Meet the Triple Decker California Club!! 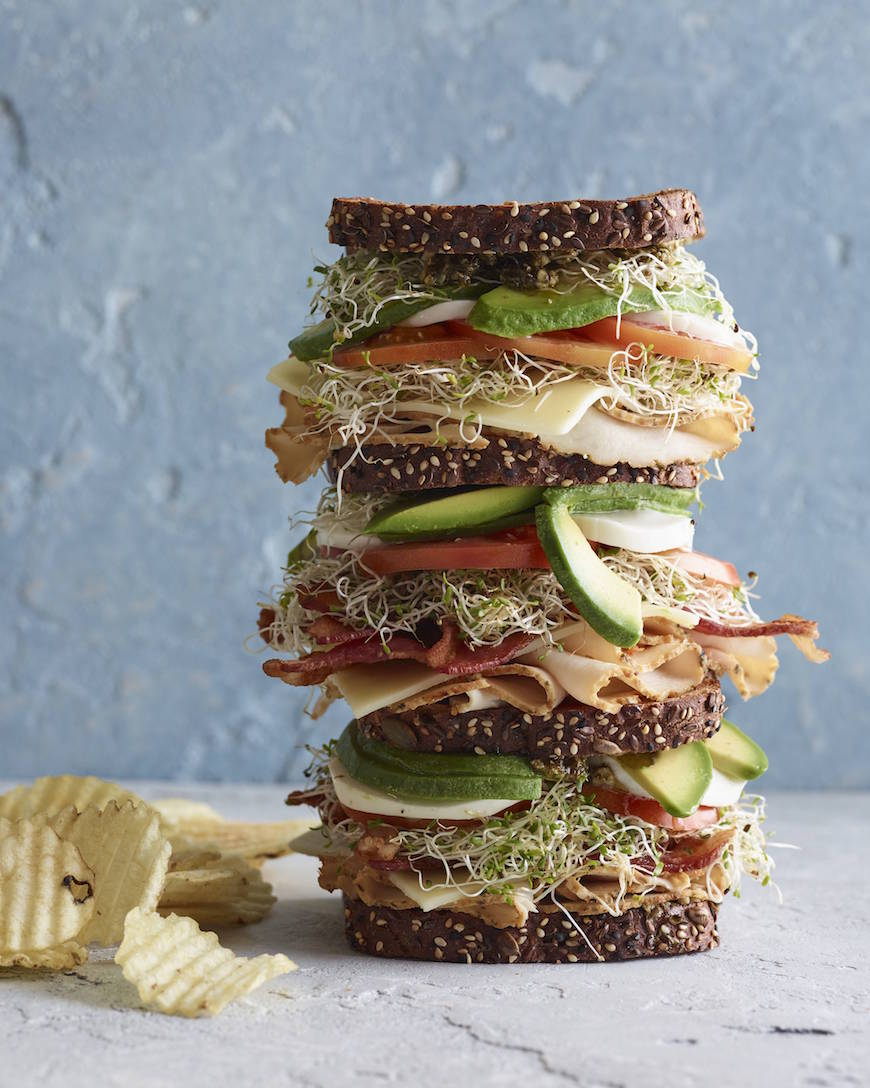 First let me preface this story by telling you that my dad is a bread connoisseur. He takes his bread very seriously and it makes a daily appearance in his life. He makes a mean sandwich (ahem… his grilled cheese sandwiches are life changing) and the bread is a very important part of that! So 2 weeks ago when I was at home in Seattle recipe testing sandwiches he got to try this new eureka!® Organic Bread and he said it was the best sliced bread he’s ever had… and you know what… I totally agree with him! It’s loaded with grains, whole wheat, all sorts of flavors and it’s ORGANIC! Say whaatttt…. genius. 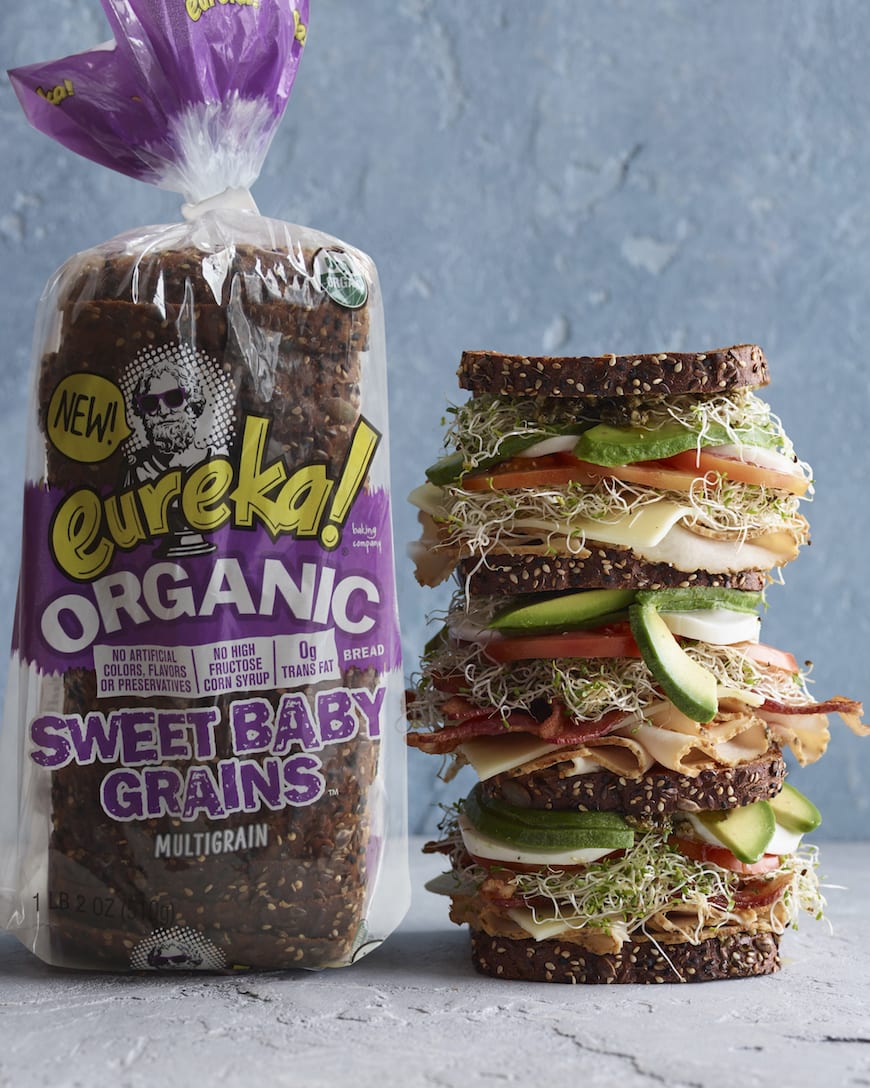 I was so obsessed I made a personal mission to craft the most epic California girl sandwich of all times and ended up with this Triple Decker California Club! A traditional club isn’t my speed – it’s just not exciting enough for me. The only part of a traditional club that I love is the fact that it comes with french fries and ketchup… but this Triple Decker California Club is way more on brand! A few slices of eureka! Organic Bread, 2 kinds of cheese, sprouts, avocado, tomatoes, bacon, turkey meat and pesto… hello…. it screams California! Here we go! It’s a sandwich that screams DON’T BE BLAND just like eureka!® Organic Bread – and it’s freaking good! 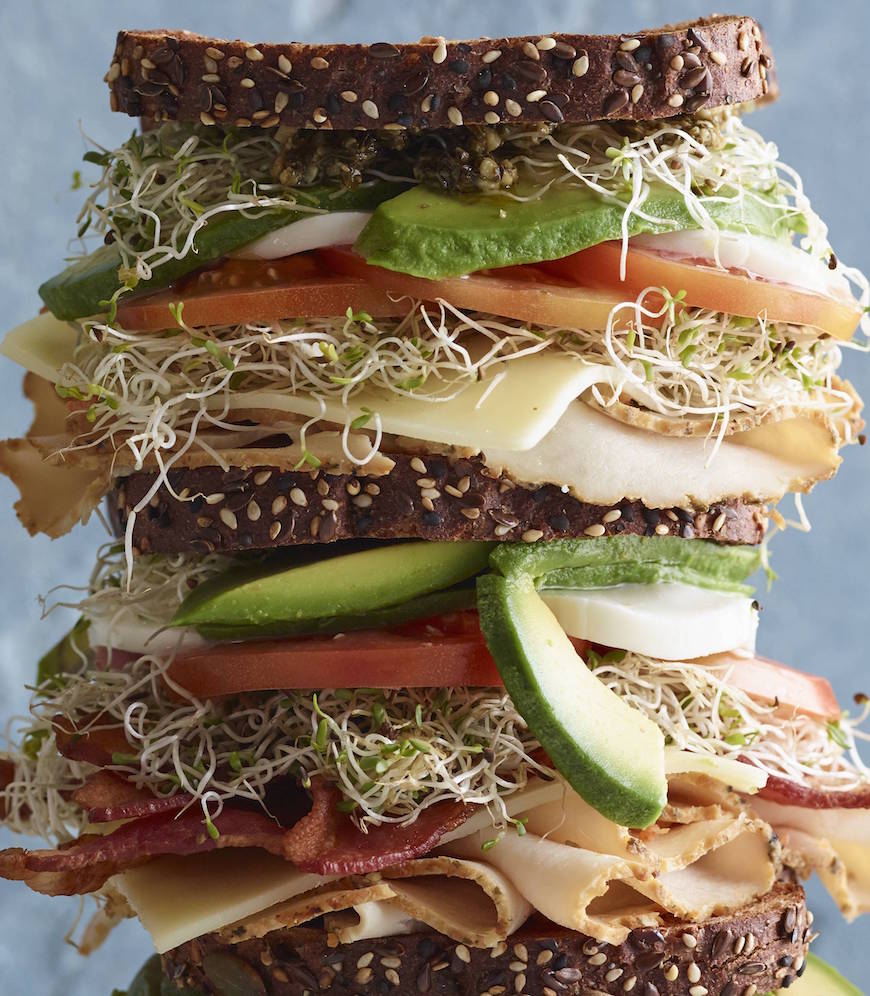 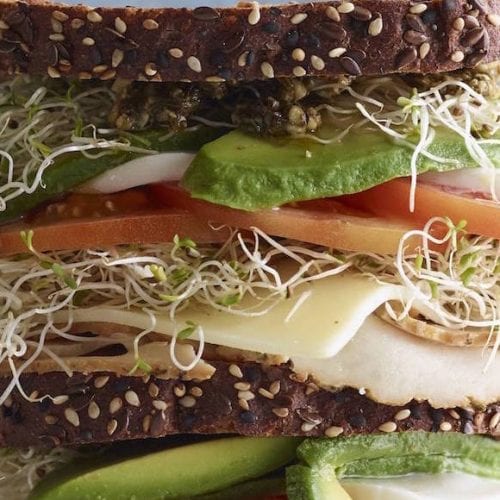 This is a sponsored conversation written by me on behalf of eureka! Organic Bread. The opinions and text are all mine.