Have I mentioned that I was like the pickiest eater on the face of the earth while growing up. I was. It was bad. I basically only ate noodles and grilled cheese until I was 13 years old. Thank goodness I’ve turned it around because I would not want to miss out on a dish like these Dr. Pepper BBQ Baby Back Ribs! 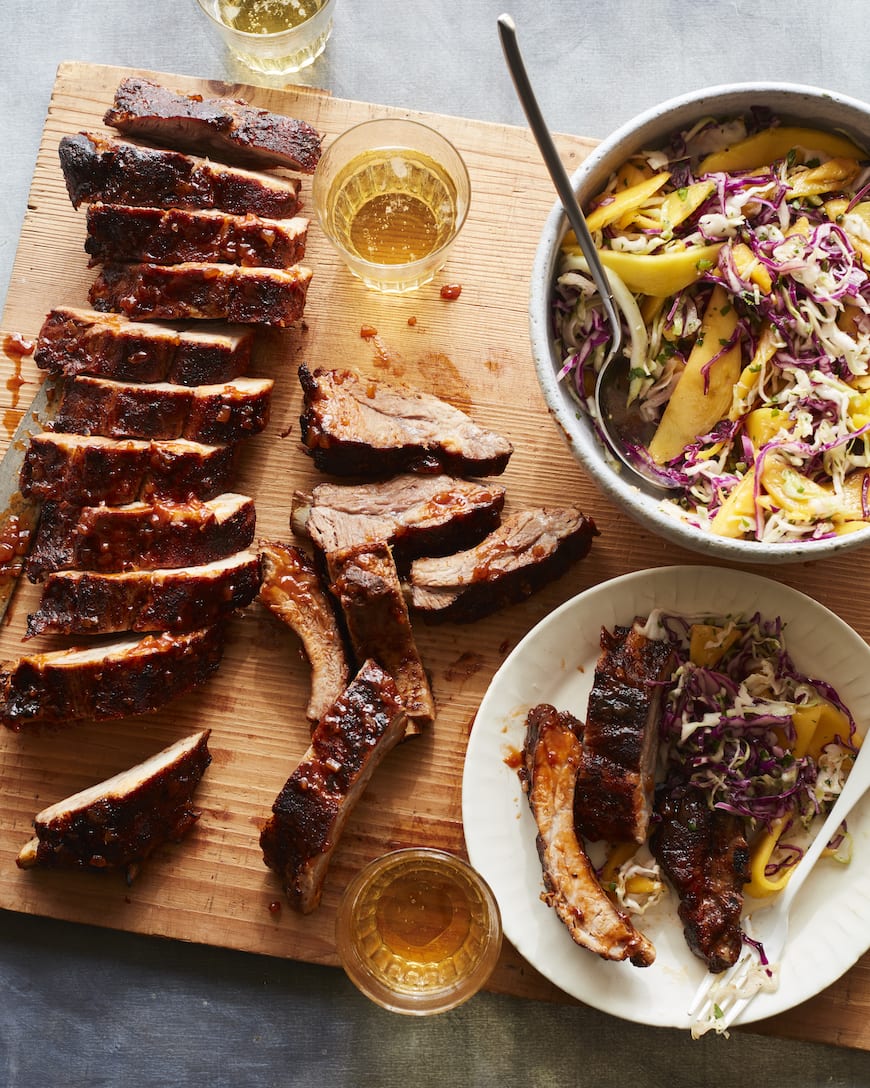 Riiiiiibs!! They are quintessential summer food. These are slowly cooked for a few hours in the oven and then finished off on the grill so by the time you take a bite, the meat is FALLING OFF THE BONE. They are also doused with this homemade Dr. Pepper spiked BBQ sauce that will make you weak in the knees. It’s not overly sweet if that’s what you’re thinking – just pure perfection! The ribs get a little bath in the soda before you start cooking them too! If that sounds where – I get it! But the soda helps break down the ribs and tenderize them so they are even easier to eat! It’s an all around winner and you’ll be loved by all if you add these to your next weekend menu! 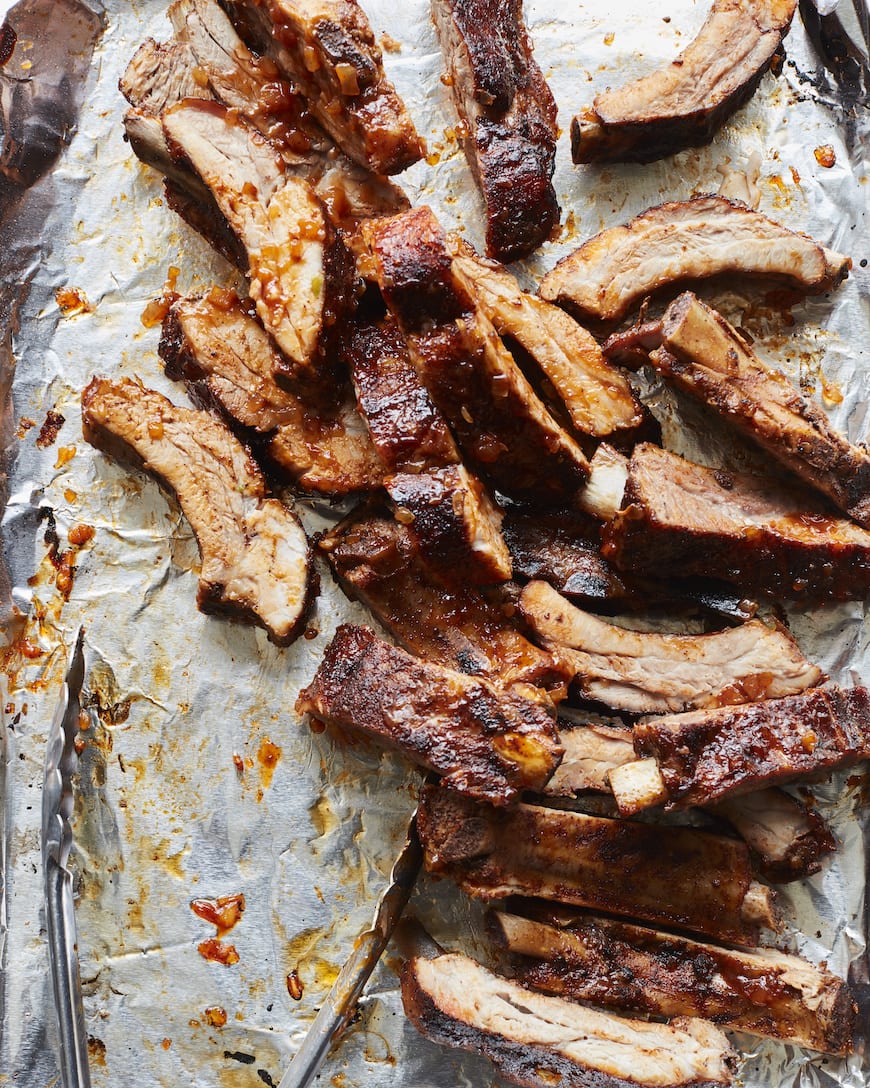 And the slaw… omg. You’re going to love it. It’s the perfect little zippy side for the ribs. One bite of each… trust the combo! 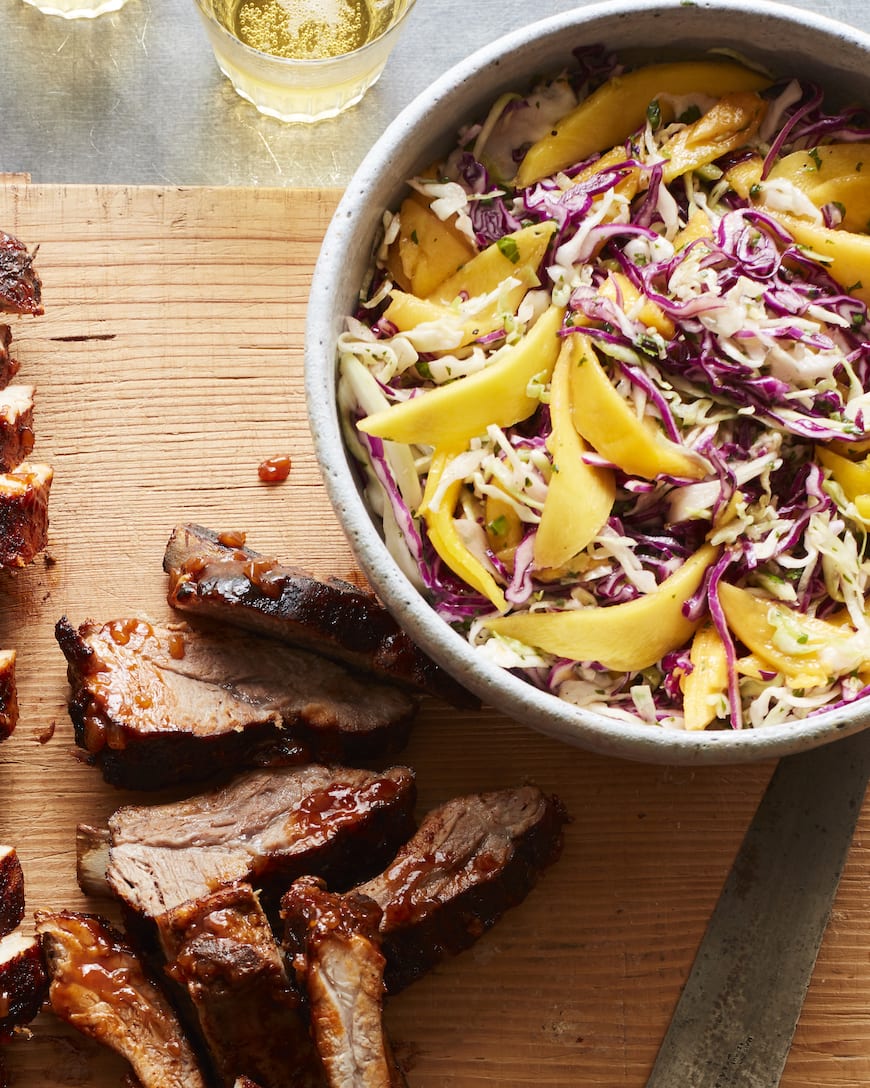 And while you’re at it – you might want to make a double recipe for the BBQ sauce. It’s great on just about anything else you’re grilling this summer! Brush it on some cob on the cob, dunk some bread into, or just slather on top of some veggies! 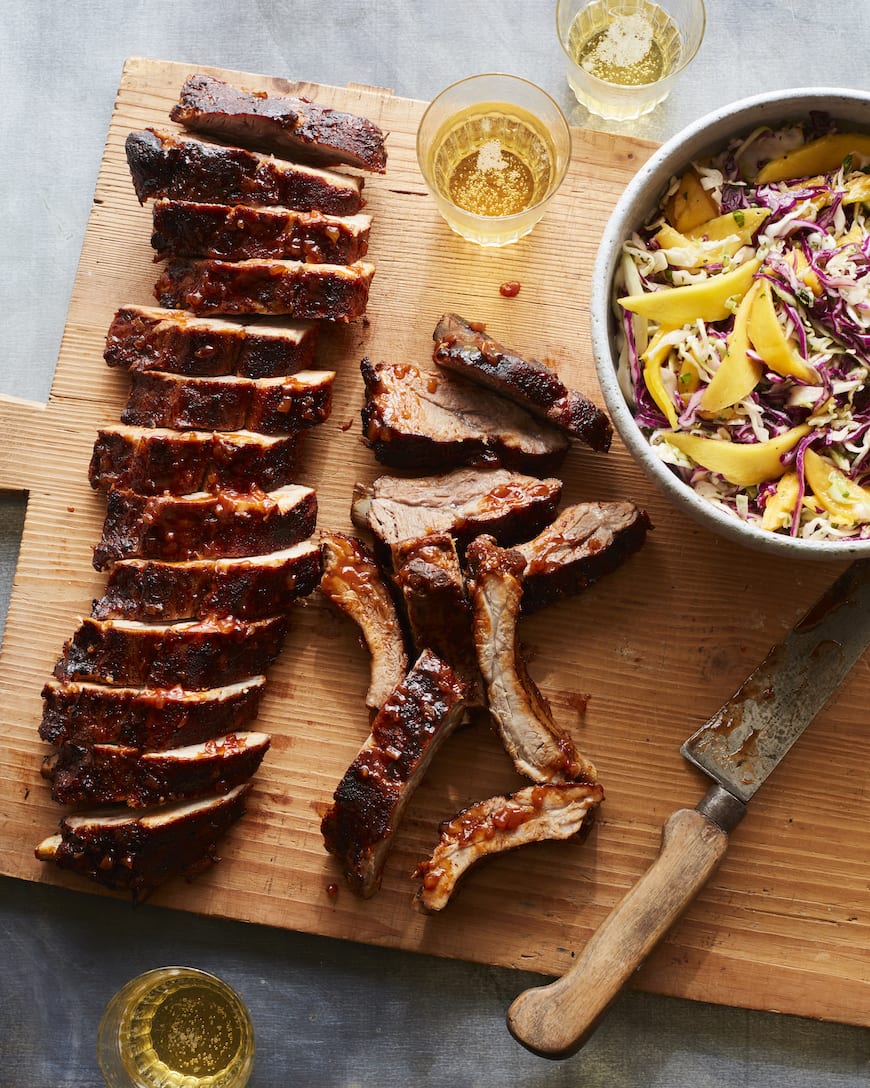 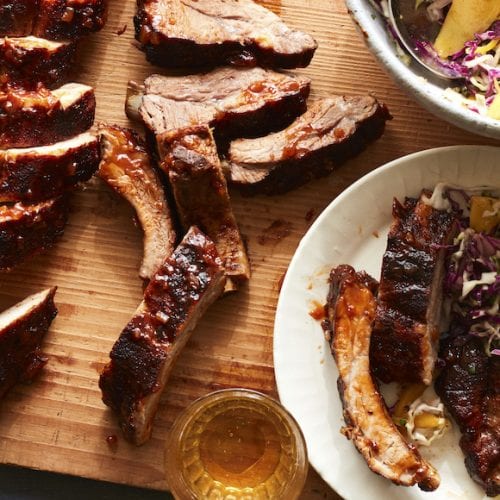