There’s really nothing quite like the sizzle and aroma of Beef Fajitas coming straight from the kitchen at your favorite Mexican restaurant!! Well, except maybe getting that same sizzle and smell while you’re in the comfort of your own home! 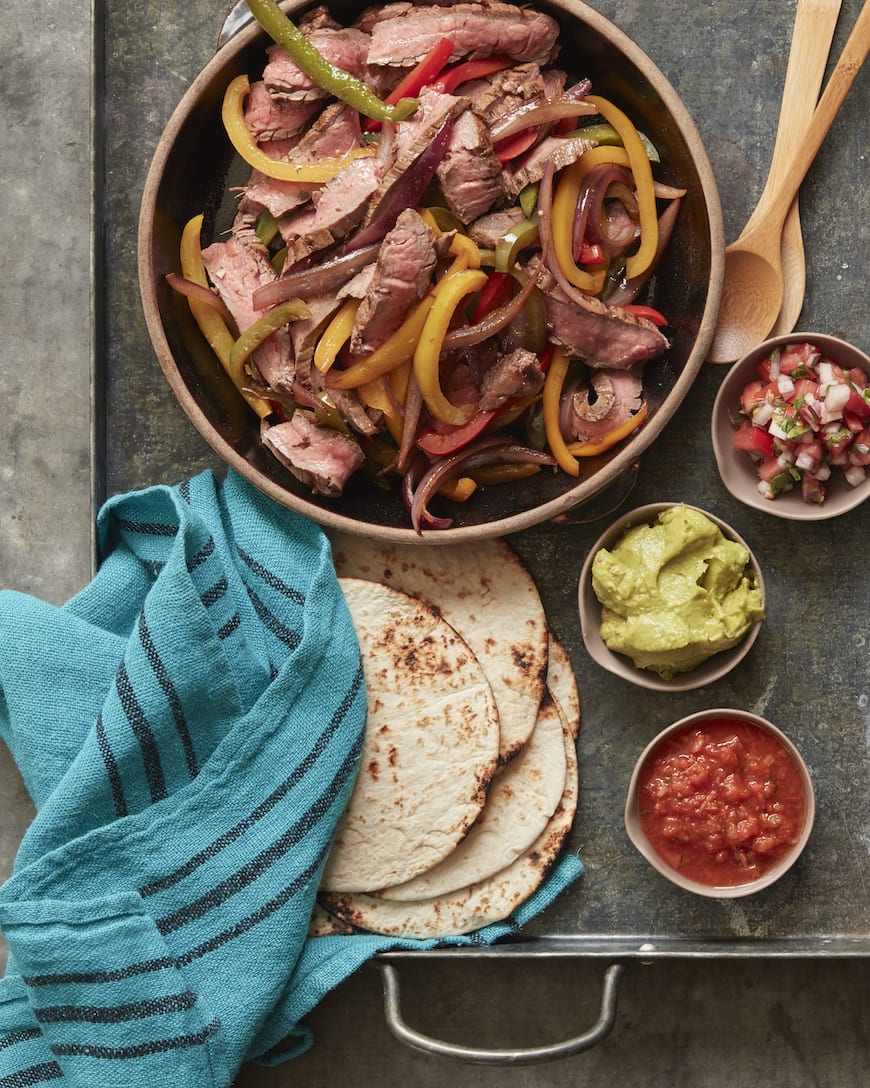 I love a fajita night. Hot sizzling meat and veggies fresh off the stove wrapped in a warmed tortilla and slathered with guacamole and salsa. OMG. My mouth is watering as I type this. Nothing sounds better right now. These beef fajitas make an appearance ALL the time at our house. The secret to great fajitas is all about the marinade. That spicy citrus flavor that gets all over the meat, and then is in the pan that cooks the veggies… it’s perfection! This meat gets marinated for about 8 hours – so it’s easy to assemble in the morning before you go to work! You could even make it the night before and give the meat about 24 hours to soak up all the flavors from the marinade – your call! But give it at least 8 hours for optimum results! 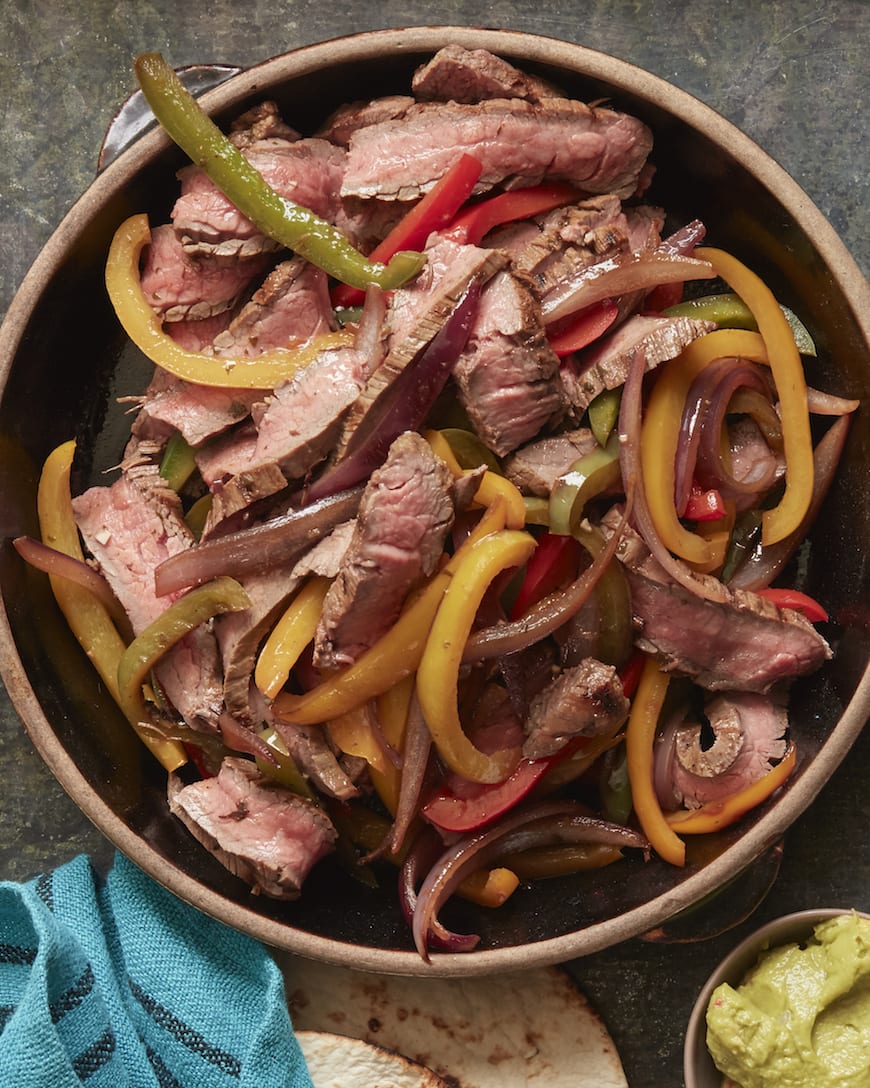 Once you’re meat and peppers are loaded with flavor and ready to go, serve it up with a giant spoonful of my best ever guacamole and a side of salsa and your favorite tortillas. (I’m partial to flour tortillas since they wrap up so nicely but you could use corn too!) 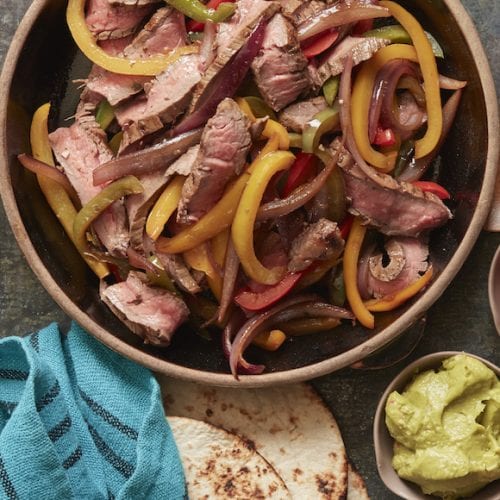 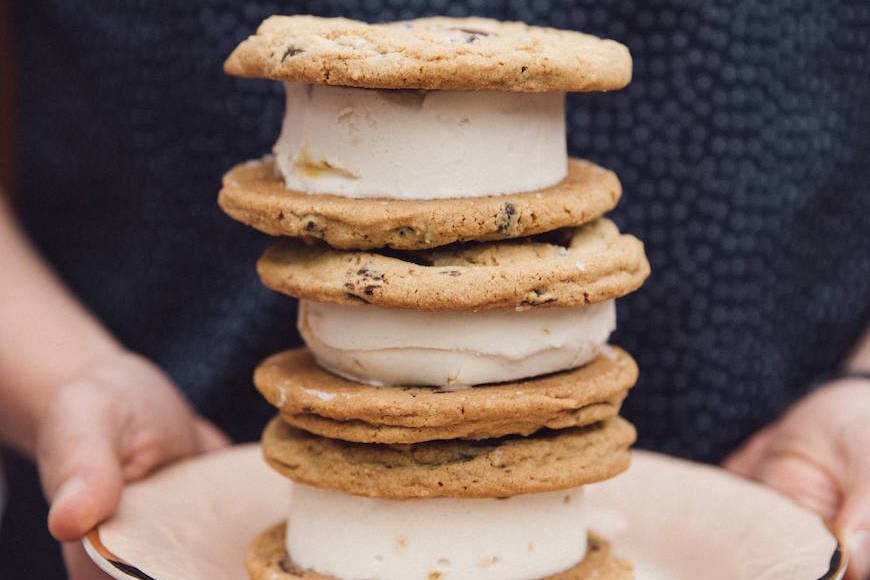 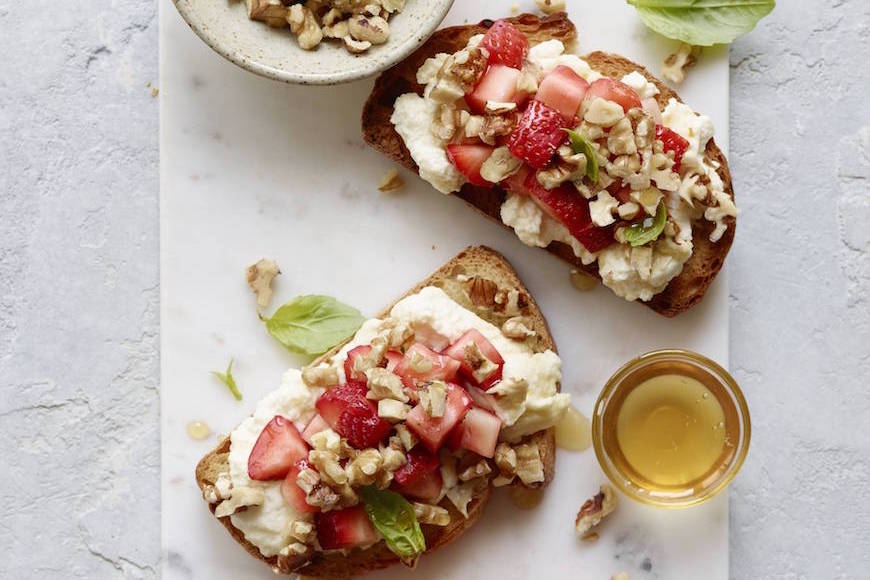 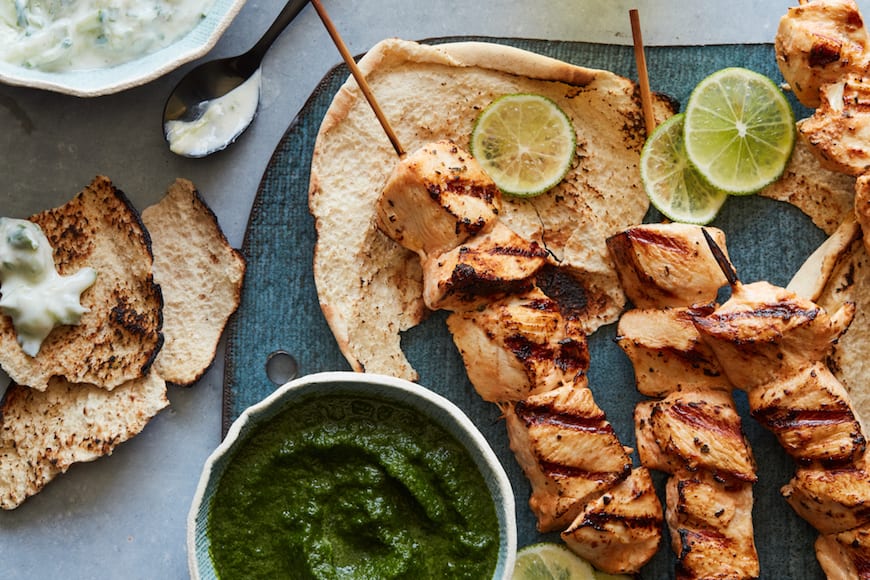