Greek Chicken Salad. I’m seriously changing the game with the chicken in this one. It’s THAT good! 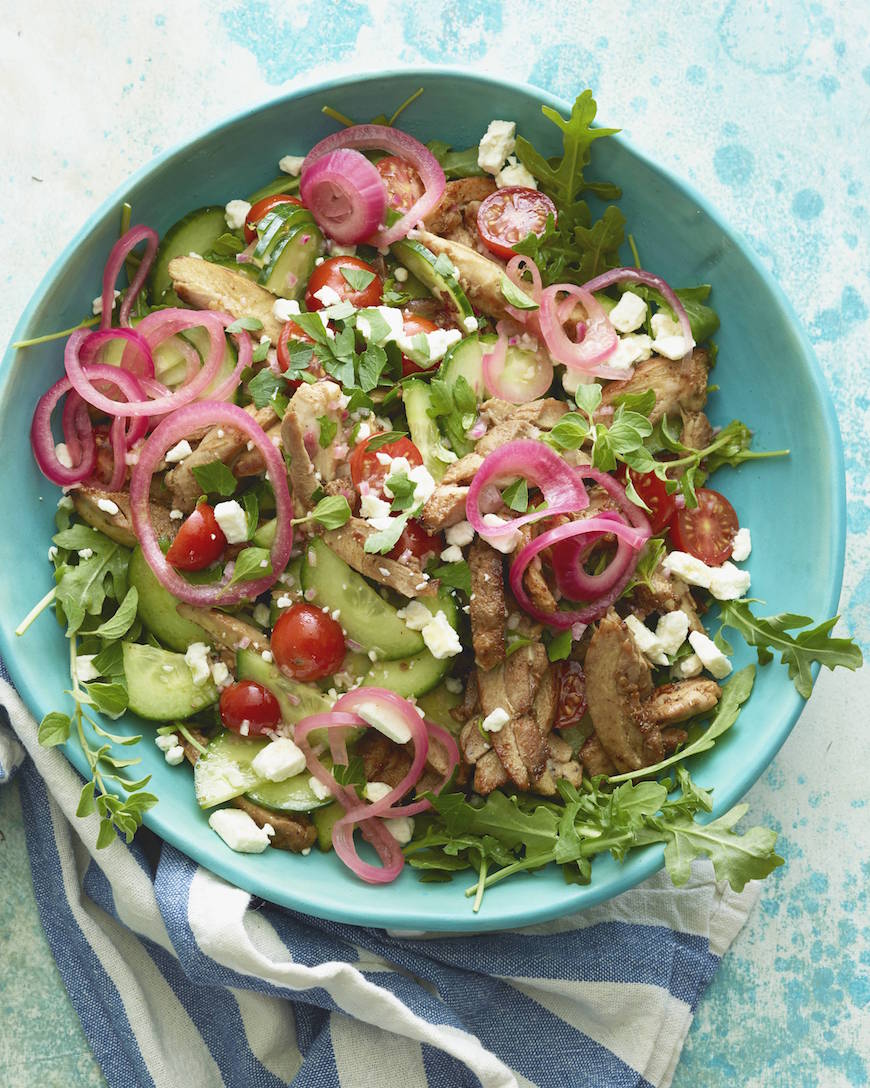 We all know how I feel about eating out of a bowl. I wish all means could be bowl based, so I’m pumped that we’ve got another epic bowl meal here on What’s Gaby Cooking.

I mean this in the most humble way possible, this greek chicken situation is going to rock your world. It’s literally perfection. It’s moist (my least favorite word in the human language but I’m using it because it’s true), tangy, spicy, salty, basically everything you could ever ask for. Then, throw it onto a greek salad with arugula, pickled onions, feta cheese, cucumbers and tomatoes and it’s like a bowl of the most incredible stuff on earth. Add a lemon oregano vinaigrette to boot and it’s game over.

Here’s my quick + easy recipe for pickled onions too! I keep them stocked at all times when I need to add a little kick to something 🙂 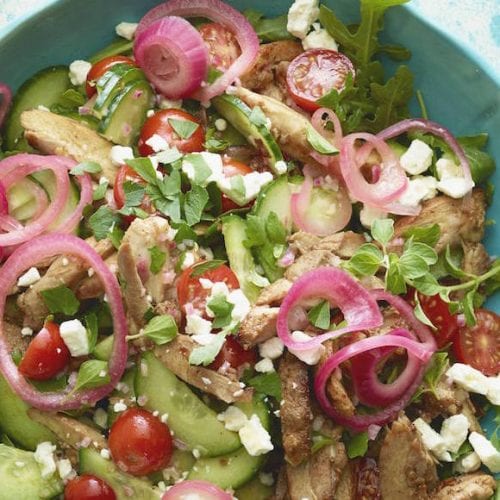 To make the pickled red onions