It’s weird that it’s already Wednesday right? I mean it’s a good weird, but it’s weird nonetheless. I feel like coming off of a three day weekend is hard. It’s hard to get back into the swing of things and you just want to lounge around and sip on blood orange mimosas all day right? But we can’t do that. We’ve gotta work. And I’ve gotta cook! 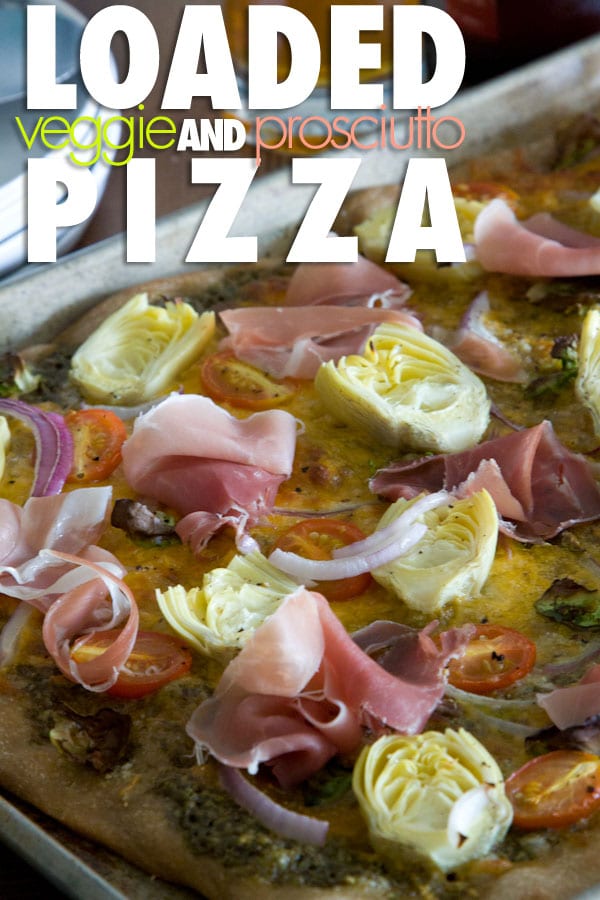 Today we’re talking pizza. Pizza is one of my favorite weeknight meals. I mean you can make your own dough if you want… but I am partial to buying my dough from this awesome little Italian deli/store a few blocks from my house. It’s magic. The dough comes frozen, same as if you get it at Whole Foods or something… so I just pop it into the fridge the night before we are going to make pizza and then it’s ready to go! Then, about an hour or so before I’m ready to start pizza-making, I take the dough out of the fridge, throw it onto the counter and let it come to room temperature. 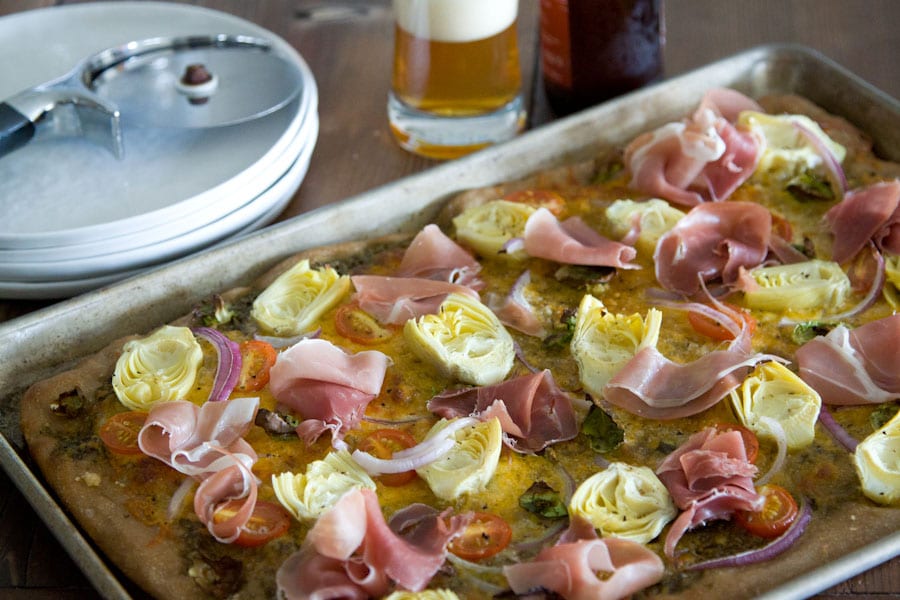 The other awesome thing about pizza, you can totally load it up with things in your fridge that you need to use up. Like for me, I decided to load on tons of veggies like the leaves of some leftover Brussels, cherry tomatoes, red onions, artichoke hearts, some freshly made pesto and some sharp cheddar cheese. And then I threw on some Prosciutto because who doesn’t love a little salty bite on their pizza?

And there you have it! A quick and comforting dinner that will double as really awesome leftovers for lunch the next day. 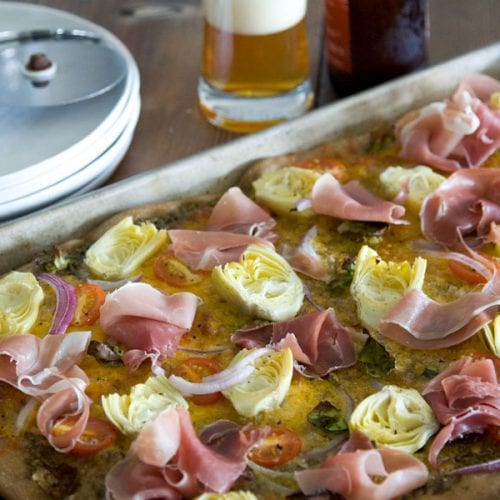